All COVID-19 updates and resources can be found on the CF Canada website here.

Our main priority to help those affected is to finance the discovery of a cure or treatment against the disease because governments invest nothing in cystic fibrosis research.

In Quebec, through donations, multiple teams of experienced researchers receive funding to fight against bacterial infections or damaging inflammations linked to cystic fibrosis or to correct the defective gene that causes the disease.

At the Université de Sherbrooke

Dr. Cantin’s team is working on two potential treatments to restore the white blood cell defence system so that mucin (proteins found in mucus) can do their job to protect respiratory tract cells.

At the Université de Montréal

Dr. Brochiero and his colleagues are developing treatments to promote healing in lungs affected by cystic fibrosis.

Dr. Levy and his team are looking to develop nutritional and pharmacological interventions to improve digestion of cystic fibrosis.

Dr. Sauvé drives a team studying the role of potassium in compensating for the defective gene responsible for cystic fibrosis.

Dr. Sheppard’s team is looking for a treatment against mould present in the lungs of many of those affected by cystic fibrosis, Aspergillus fumigatus.

Dr. Martin and his team hope that a better understanding of the smooth muscle of the respiratory tract will result in fighting asthma associated with cystic fibrosis.

Dr. Lands and his associates are testing treatments that could reduce lung damage.

A flu vaccine for children affected by cystic fibrosis is currently being tested by nine clinics and Dr. Quach-Thanh’s team.

Dr. Hanrahan and his team are studying the role of bicarbonate in maintaining the health of respiratory tract cells. 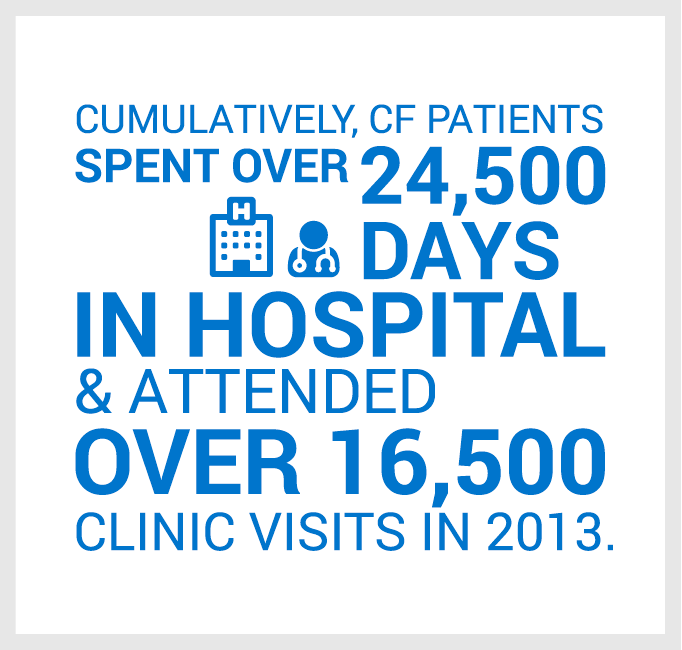