“We are grateful for the support of the LCBO, its employees and especially its customers, to help raise funds and awareness to help Canadians with cystic fibrosis,” says Norma Beauchamp, President and CEO of Cystic Fibrosis Canada. “Through the support of our partners, like LCBO, we are able to continue to invest in life-saving CF research and care. This is a great opportunity for Ontarians to contribute to the fight against cystic fibrosis.”

“LCBO is pleased to partner with Cystic Fibrosis Canada and support a variety of worthy causes through the Giving Back In Our Community fundraising program,” says LCBO President & CEO Bob Peter. “The generosity of LCBO customers and staff enable these charitable organizations to make a significant impact in helping individuals and communities across Ontario.”

Cystic Fibrosis Canada is one of 28 provincial and numerous local charities that will benefit from LCBO’s province-wide donation box program in 2015. In 2014, LCBO raised a total of more than $9.5 million for charities through special programs and initiatives, of which $8.8 million was raised through in-store fundraising. In addition, LCBO’s annual dividend transfer to the Ontario government, which totaled $1.805 billion in fiscal 2014-15, excluding taxes, supports a wide range of important government programs, services and priorities, including health care, education, infrastructure and other important public services.

Cystic Fibrosis Canada thanks the public for its support when shopping at their local LCBO store from September 13 – October 10, 2015.

Cystic fibrosis (CF) is the most common fatal genetic disease affecting Canadian children and young adults. It is a multi-system disease that affects mainly the lungs and the digestive system. In the lungs, where the effects are most devastating, a build-up of thick mucus causes severe respiratory problems. Mucus and protein also build up in the digestive tract, making it difficult to digest and absorb nutrients from food. As improved therapies have helped to address the malnutrition issues, ultimately most deaths related to cystic fibrosis are due to lung disease. There is no cure.

Cystic Fibrosis Canada is one of the world’s top three charitable organizations committed to finding a cure for cystic fibrosis and is an internationally-recognized leader in funding CF research, innovation, and clinical care. We invest more funding in life-saving CF research and care than any other non-governmental agency in Canada. Since 1960, Cystic Fibrosis Canada has invested more than $226 million in leading research and care, resulting in one of the world’s highest median survival rates for Canadians living with cystic fibrosis. 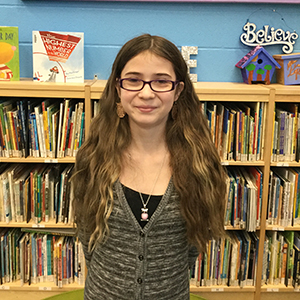