The Cystic Fibrosis “at cash ask” campaign will run from April 1 through to May 31.  Customers will be asked at point of sale if they would like to make a $1, $2, or $5 donation to Cystic Fibrosis Canada.

Party City and their employees care deeply about their local communities and the children in them. They know that no celebration is complete without a child’s smile, and that's why they partner with so many wonderful causes to provide just that. Whether it's focusing on Education, Health and Wellness, Housing, Poverty, Illness, or Life-Enriching Programs, Party City supports and ensures every community gets the attention and care it deserves.

Thanks to the generosity of Party City Canada who extended the opportunity to produce a dual branded 30 second PSA radio spot which will air throughout the cystic fibrosis campaign in a variety of markets across the country.

On behalf of Party City Canada and Cystic Fibrosis Canada, we would like to thank the Chappell family and especially Kaylee.  Kaylee, our 2016 Party City ambassador, did a remarkable job producing the radio spot and is featured on the in store collateral.

Tell your family, friends and colleagues to come out and shop at Party city in April and May and make a donation to Cystic Fibrosis Canada! 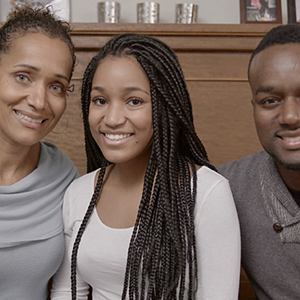